Grounded in quality and service since 1902 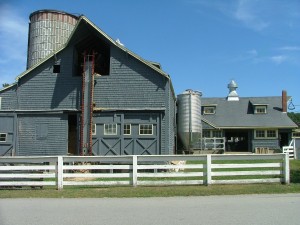 Rogers Spring Hill Farm was founded in 1902 when Randolph K. Rogers purchased 12 ½ acres of land, one horse and a cow. His concentration was focused on cultivating vegetables. By 1928 the first tractor was purchased, and in 1941 Randolph’s son Harold expanded the farm by adding more cows, enabling him to expand into the milk distribution industry. Harold’s son Richard joined the business after high school. Richard now runs the 230 acre farm raising replacement heifers, hay and corn silage, along with producing vegetables, strawberries, pumpkins and apples.  In the fall they offer pumpkin and apple tours for schools.

In 1978 an artesian well was dug allowing the introduction and distribution of bottled water.  The milk bottling plant now bottles water for retail and wholesale under the name Spring Hill Pure Natural Water, owned and operated by Dale and Marcia Rogers, along with their son Harold.

In 1990 a garden center was purchased and expanded their business. The center is run by Stephen Rogers and Barbara Rogers-Scharneck.